Let’s know Best #1 Who Touched My Phone? Who unlocked tried to unlock

Who Touched My Phone? Who unlocked tried to unlock

If someone tries to unroll your smartphone, then this app will click its photo. For this, this app has to give access to the front camera. In the report, you will see a photo of the person who tried to unlock the phone.

Many times it happens that you are with many friends. Or live with family members. In this case, a friend or a member of your family tries to unlock the phone. In this case, this app will tell you everything.

The name of this app is Who touched my phone. This app has been prepared by Midnightdev. After installing the app, it has to give some permission.

This app is quite popular on the Play Store and has got a 4.8 rating. Not only this but 1.19 lakh plus people have also reviewed it. Just close it by giving the necessary permission. You will get a report the next time any phone tries to unlock it.

This app keeps saving reports. If someone has unlocked your phone then you will also know which app has been opened. How much was taken to unlock or how the pattern was drawn, all of this is found in this app.
This application can be downloaded free from Google Play Store.

This application is free, but some of its features are premium. The basic features that we have mentioned are free. Apart from this, you will have to pay for access to premium features.

How does it work?

This app uses the Device Administrator permission. The application ( who touch my phone ) needs device administrator rights to look out for incorrect unlock attempts. Android only detects a user password or use pattern as incorrect if it has at least 4 digits/characters or pattern dots wrong. 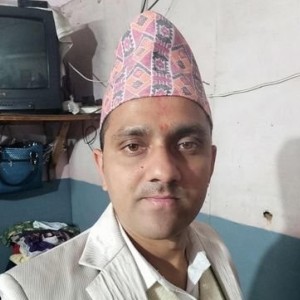 Hello everyone, I am Tulsiram Bhandari. I have been doing SEO work as a freelancer. I will share various articles I have known and experienced in this blog. If you want to know about SEO then check regular our blog.

What is the Difference Between HTTP and HTTPS | Secure Server

How To Install WordPress Themes | #1 Best Step by Step Information

Tulsiram Bhandari – Digital Marketing in Nepal ( Thanks for visiting our about us page ) The state of digital marketing is growing rapidly in the world. We search everything in the browser with the help of the internet, from…

What is SEO and How it works?